Work for Trust with your media relations and reporters 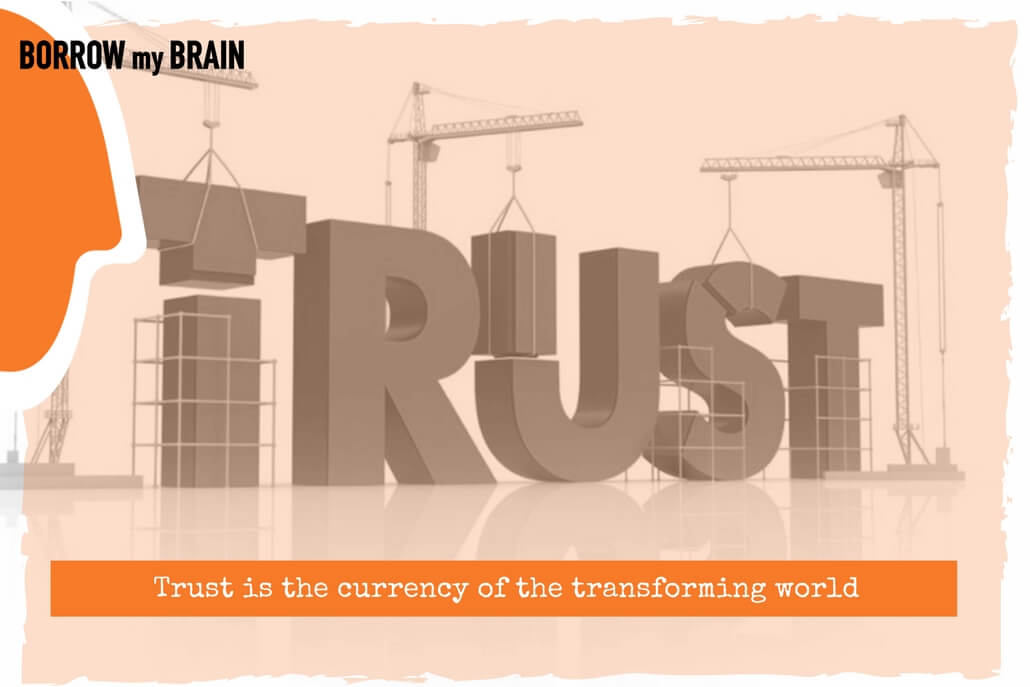 Work for Trust with your media relations and reporters, if you want your brand and message to be trated with respect. [inlinetweet prefix=”” tweeter=”” suffix=””]You don’t own the information, it belongs to the publics[/inlinetweet]. Do it right, I was advising the other day a business owner.

Work for Trust with your media relations and reporters

You represent a company. You communicate on its behalf. You represent interests, positioning, and some history. These aren’t to be protected, but nurtured and exemplified. But on the media side, often, you can hear “…another boring speaker that I need to chat with“.

The above isn’t a spoiler, but a real sentiment and a real statement of a journalist in Mobile World Congress last year to me. I decided to have a coffee chat with him and understand bit more of the general feeling for spokespeople interactions, interviews, and media stories’ creation. It was just two years after my latest media audit for special issues, so I was all open ears to get updated feedback.

In this chat, I’ve marked verbatims, so as to share internally with my leaders: “don’t they understand that they push for coverage, based only on commercial and paid relationships?“, “is it possible that they aren’t able to give me a story?“, “last year they’ve delivered more or less the same product angles…“, and the strongest one “don’t they look on google or at their competitors?”

That’s the situation for most companies from the media side. Journalists know your organization and they’ve positioned it for good or bad. They know your speakers, and they know what to expect. If they get “cliche” stories, will they passionately report your story? No, you’ll get the link to your media report, but without any heart to it.

In November 2016 Dober released European journalists’ survey with educating findings for all of us. Journalists are now at 75% more responsible for creating online content and 74% of them are likely to cover a story if they have rich content to use across all media channels they must supply for.

Now consider this, when evaluating your stories and company narratives: 83% of them are searching online for story/photos (shouldn’t be your most strategic project to produce the next 12 months’ photos archive for Google and social media?). The 47% search only online for the story and people (not even picking up the phone) to mitigate on speedy deadlines and since they are working with fewer resources.

Keep an open channel with media

Companies for corporate should organize at least twice per year a media lunch or a chat (for brands you should have by now a digital and influencers’ strategic activation). Keep the relationship alive, talk with them, nurture goodwill. It’s not obligatory to give news in every chat. When a reporter calls, many spokespersons and subject-matter experts begin answering questions on their own.

Set your agency to pitch only selected stories that worth’s attention ; not to push for 6 press releases per month!! Media are not replicator-channels of your company. Thousands of media channels, blogs, and new platforms (v logs etc) and million of direct and indirect competitors trying to pitch same time.

They ask for an interview

First thing: have always aside an (on-going) updated media info kit for your company, product, service. Journalists must have access to the bio, photo, product updates, etc when they need it.

For the interview: be polite, be on time. Respect the deadline and the editorial story angle; it’s not planned for your company only. Learn more about the reporter, the focus of the story, and how you fit into the piece.

Return their call or email

Being in PR for long, I know the awful practice of many Officers not respecting a journalist’s call or email, if they wish to avoid speaking on a specific issue. Or putting their agency to fix it. You’re building the worst perception to media…and they talk a lot in between them.

Tesla in recent years has built its reputation for quality and customer support by communicating with consumers on social media and its own blog. Last year, when Tesla was hit with negative publicity involving a Model-S fire, CEO Elon Musk was quick to address the issue in a blog entry and via social media channels such as Twitter and Facebook. Tesla even published its email correspondence with the Model S owner whose car caught fire (with his permission, of course), so the public might better understand what happened.

Because of this transparency, customers feel like they have a personal relationship with Tesla. A great example of that occurred this week when two Tesla drivers submitted an open letter to Musk via a full-page ad in a Palo Alto, California, newspaper. The letter asked that Tesla make a few changes to its Model S.

Challenge accepted. Not only did Musk personally respond via Twitter, but he also said Tesla would indeed implement some of the suggested changes. If that doesn’t foster brand loyalty, I’m not sure what does. Whether it is effectively communicating its brand mission with consumers or publicly taking a stand against dealerships, Tesla Motors knows how to cultivate brand loyalty.

There’s no shortage of women’s beauty brands, yet for many millennial women one young outfit — the cosmetics company Glossier — seems to stand out. Having products that customers like is undoubtedly one large reason why. But Glossier has also established a kind of cult because of the numerous ways it keeps communication channels to its consumers wide open.

Glossier’s founder, Emily Weiss, focuses on ways to engage customers that more traditional brands had neglected. She created Into the Gloss, a website about women’s grooming routines that now attracts 1.5 million unique visitors monthly. Her engaging strategy led Glossier to a $24 million B round funding. They interview many influential people in fashion, realizing there’s a disconnect between the leading beauty conglomerates and customers.

Building a company around what women want, not just from a product perspective but from an engagement perspective, they act as a “content-first” company. Many of its customers purchase its products, photograph them, then upload them to social media — often knowing Glossier will re-post them to its own accounts.

Hilton introduced to members of the reward program, that they can download a mobile app to their phones and then use it to check the status of their hotel room, check in when the room is ready and even use the phone as a key to get into the room. All of this without ever having to visit the front desk.

Once you learn how to use it, which is a simple process, you find it more convenient to do business with Hilton. And, the company that is most convenient and easy to business with. There are more ways to serve and create loyalty, other than one-off rewards.

The Italian journalist Oriana Fallaci used to say that for her, an interview was like a war. I get the sense that we’ve forgotten that, both media and communication teams

There is no “off the record”

There is no phrase more harmful in a spokesperson’s lexicon. You can say “I don’t know this“, “I will search into it and we will return to you” but when you are on-stage and in front of the reporter the “no comment” is most probably a call to report the issue (perception “guilty as charged.”)

Request questions (or areas) in advance

Being in New York we have had to set up a CEO level interview plan with Fortune, Forbes, and CNN. All media accepted to send in advance the areas for discussion. If they can do it (not all the times), there shouldn’t be any local media denial on this.

You can also ask whether there’s any specific information you should pull in advance to help prepare for the interview. Still, reporters who send questions in advance can still ask any question.

No, you can’t “approve” the story

Being on both sides, agency, and customer, I know that many executives, accustomed to directing, ask reporters to send them a draft of the article before publication. No, don’t get smart, asking to “fact-check” the story. Show them respect, the same respect you wish for your company.

You can record the interview

Many good Communication teams have the policy to record every interview, so if they get misquoted, they can use documented proof of error for the media or the public. Don’t forget, that you should notify the other party that you are recording.

Stay on your ‘field’

In a high-pressure interview, many spokespersons feel compelled to answer every question. Offer to connect the reporter with a more appropriate person for that topic in your company.

Also, don’t be vocal and rude for the industry, competition, politics, and whatever you feel to criticize. Otherwise, you seem to be talking about “dirt”. Stay on your expertise, to facilitate news-valid stories and build thought-leadership.

Keeping the relationship and staying updated, for when you meet; it’s a small world after all. Follow, means also thanking the reporter for his work. It’s a matter of politeness and shared respect.

Update your media lists (no, I don’t mean refresh telephones and e-mails). Have in one list all the earned and paid channels. Put all news ‘distributors’. Journalists. Bloggers. Youtubers and Vlogs. Influential speakers on the issue you fight for. Podcasters. They are now your new media list.

You should view your relationship with the media as a truthful and on-going partnership. You will always want to reach decision-makers, various stakeholders, your shareholders and -like it or not- the media (of any format) will always provide access.

The media want to report news and capture the public’s attention, and you have important information.

Don’t hide. Don’t play. Do it for Trust!

How the Agency of the future looks like?
What to wish for your Business and Brand in 2019? Changes.
Turn your Creative into a Strategic activation